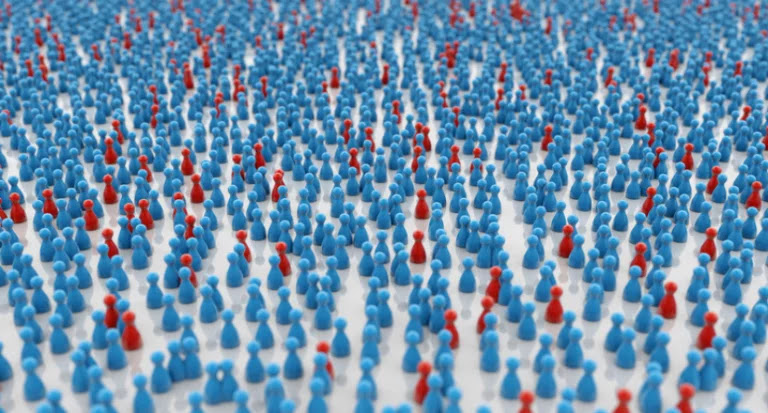 This is how to manipulate in a liberal democracy to obtain the consent and submission of populations.

The era of the 1950s and 1960s in behavioral science is fascinating because its results continue to contribute to our societies: the experiments of Asch, Bateson or Milgram are essential to understand how today’s societies can react or are forced to react to certain stimuli. This is a scientific contribution that many leaders have rushed to experiment on a large scale in liberal democracies, to the point of perverting them from within, especially in times of crisis.

Of course, there was research, analysis and practice on crowd manipulation before these studies.

Recall, for example, The Psychology of Crowds by Gustave Le Bon (1841-1931), The Rape of Crowds by Political Propaganda by Serge Tchakhotine (1883-1973) or the Creel Commission with its most eminent specialist, Edward Bernays (1891-1995), who was also a nephew and avid reader of Sigmund Freud’s works (see Propaganda: The Factory of Consent, broadcast in Art).

THE THREE MASTERS OF MODERN CONSENT

It is worth recalling, if only briefly, what the work of this trinity corresponds to in the study of social behavior.

Solomon Asch (1907-1996) worked on the conformism of individuals by manipulating various psychological parameters so that the initial refractor would gradually convert to the initial directive.

Gregory Bateson (1904-1980) analyzed the phenomenon of paradoxical commands, also called contradictory or double coercion, plunging the subject into a state of inability to achieve the set goals, thus making him more malleable and subject to servitude.

Stanley Milgram (1933-1984) is the best known to the public, since his experiment was widely publicized for establishing a relationship between the disinhibition of individuals who obey orders contrary to morals and their values, but protected by official authority.

In a liberal democracy, theoretically driven by respect for fundamental freedoms, respect for others and the peaceful and loyal transition of power, these works become invaluable. Since it is not possible to proceed in the same way as a totalitarian regime that demands obedience as a priority, consent, theoretically free and informed, must be obtained through an indirect procedure.

CONNECTED COMPUTING AS A COMPLEMENT

The great novelty in the application of these studies in our contemporary era lies in the massive use of metadata coupled with large-scale automated processing to obtain barometers of the state of opinion and predictions as to probable evolution (as well as mass surveillance, but this subject must be dealt with separately).

In the 1950s and 1960s, computers were only supercomputers occupying a huge safe room, and were not used for anything other than military, research or strategic issues, such as nuclear energy.

Moreover, mere computing power would not have been enough. Two complementary elements have contributed to the expansion of consent manufacturing techniques:

*the democratization of the Internet in the 1990s.

*the emergence of social networks in the 2000s.

Thus, the accumulation of metadata has made it possible to rapidly map the population according to age, employment status, marital status, hobbies, friendships, business associates and even previously taboo data such as religion, political affiliation, geographic location, ethnicity and even medical condition. Equipped with these data, which in turn formed a body of information, the beneficiary was able to modulate a discourse to please the different communities and aim at the minimum for the relative majority that is now sufficient to govern in democratic regimes.

Far from rendering these studies obsolete, connected computing endows them with an even finer control capacity than in a regime using crude authoritarian methods, further facilitated by the voluntary abandonment by those concerned of any data of a private nature in exchange for networking: the fear of social disconnection of a whole part of the population reinforces this influx of data.

The emergence of a major crisis can initially alter a leader’s original plans, but accelerate them in a second phase if he knows how to exploit it wisely by working on his magisterium (authority), on mental confusion (fear) and on majority fact (progressive consent).

In the case of a pandemic, for example, the population can be overwhelmed with sometimes alarming and sometimes reassuring information, inflated and unverifiable statistics, unverifiable governmental warnings, all relayed by complacent or forced media through which certified experts parade. The objective is to keep the population under control, with an imperative of maximum efficiency (optimal is the norm outside the context of a crisis), which can be obtained with the voluntary reinforcement of the population that has accepted the measures decided upon. This is the culmination of any system of social conditioning: when the majority of the population urges the refractory ones to comply with the norm presented as the one that will bring security (health in this case, but which can also be environmental, economic, financial, road, etc.). The established power must eventually be able to partially free itself from its control over minds by delegating it to the most diligent part of the population with the silent approval of the majority.

Terminology is essential from this point of view: the term threat is preferred to danger, because it justifies by its vague temporality and materiality the perpetuation of the measures in time and space, until the integration of these measures into common law.

If the conditioning is carried out with skill, a zombie people and liberties of the same type are achieved. Recall that the process is facilitated in the minds of the people by the fact that, in a democracy, the majority of the population is convinced that they benefit from the best of regimes and the natural benevolence of the leader. These presumptions facilitate the advent of what Alexis de Tocqueville feared most, the democratic despotism ensured by this famously immense and tutelary power.

Many readers and commentators will surely add their own references. However, the invariants of the presentation remain: control of the masses necessarily requires proceeding through the emotional channel, not the rational one. The latter is totally ineffective for disposing of a population at will, and even less so for those that the opponents of s to change it….

LACK OF CONTROL AND COUNTERMEASURES

Population control requires a certain tact, a permanent balance between carrot and stick, to simplify. However, the more time passes, the more complex and costly the balance becomes, especially with generational change. The inflation of control produces a perverse effect that increases the risks of dysfunction and allocated resources….

External elements may also contribute: pressure from a foreign state (e.g., through the creation of a competing opinion movement or the subversion of a section of the population) or a disaster that radically challenges the narrative of power (e.g., the Chernobyl disaster in the Soviet Union).

The other limitation is the use of algorithms. While these can provide a useful map of the state of opinion, the predictions resulting from them are subject to increasingly significant variations as they point to a tighter timeline. To simplify: there is an erosion of the reliability of any algorithmic prediction over the long term.

However, leaders quickly tend to become addicted to algorithms. From users, they become slaves to them, employing them more and more regularly and intensively to consider the effects of measures and decisions to be imposed in order to obtain the submission of the population. This addiction is a weakness inherent in the technophilia of today’s leaders.

The countermeasures are there, they require consistency and aplomb for their implementation.

The first of these and the most economical is the No. Indeed, the adverb meaning negation is indeed particularly effective when the tone is properly set. In fact, the homo Democraticus of the next generation is conditioned to say yes to everything.

The second is more pernicious, it is to think obliquely. The idea is to be less frontal and make consent dysfunctional. In general, this is a methodology found in management techniques and originating in Aristotelian thinking, which can be defined as Q3OPC2 (Who, When, What, Where, Why, How, How, How much).

It is also known as root cause analysis (RCA). Approve what the person says, but respond with a question. The goal is to push the person to the limit and break the mental programming.

The third, and not exhaustive, countermeasure is the use of Socratic irony. Properly employed, it acts as a solvent, as it mocks opposing measures and arguments while allowing the audience to be amused. No power appreciates mockery as a sign of distrust and, in the case of social conditioning, a risk of losing control. Unlike the school process, the principle is to mock the measures taken. This method is perfect for delivering a brief but telling blow to the certainty of others.

The fact is that the best bulwark against attempts at psychosocial manipulation is culture: cultivating oneself remains the best antidote against this type of control (in this respect, one should never confuse a diploma with culture, just as a diploma with intelligence). Beyond this issue, it is essential to determine what society the citizens/subjects themselves want.

Do they know it themselves and, what is worse, are they able to express it clearly? For the recurrent problem of political regimes has more to do with people than with structures (the best organization will always end up corrupted by men with bad intentions, while good men will always end up improving even a depraved organization).

In this regard, it is very judicious to reread Francis Fukuyama’s The End of History and the Last Man (1952), and read it to the last line (and I underline this sentence), to see that it is in fact the illiberal forces that have seized the centers of power: is it not time for the enlightened vanguard to put itself in battle order?