Stickles was a nutrition specialist at SwedishAmerican Hospital in Rockford. On Feb. 2, she was waiting in line to receive her second dose of the vaccine when she sent a text message to the father of her young son: “I’m going to get the Covid vaccine now. If anything happens to me, promise me you’ll always be there for bz… Like if I get brain dead or can’t walk lol idk.”

Just five days later, she suffered a brain aneurysm and was rushed to the hospital, where she went into a deep coma. That same night, she was flown by helicopter to the University of Wisconsin Hospital in Madison. On February 10, Stickles’ twin sister, Kara Stickles, posted on Facebook that Sara has “no brain activity.”

There were problems from the first injection of the vaccine. Kara said her sister “was changed…her head hurt a lot” and she was nauseous. She also got “some red spots all over her body.”

Following Sara’s loss of consciousness and subsequent death after the second injection, Kara says the medical staff’s diagnosis was an arteriovenous malformation (AVM), but she has doubts.

“I feel like the doctors are lying about it, I honestly feel that,” she said. “If it was from the COVID vaccine, they’re not going to admit it…they’re going to try to chalk it up to anything else. Honestly, that’s what I think.”

Her twin sister perceived that she was obligated to get the shots because of her job at the hospital. “She told me she had to get [the injections] because she worked at a hospital and COVID was going on,” she said.

When asked if the injections were mandatory at the hospital, and if Sara’s job depended on it, she replied, “I don’t know 100 percent, but I do know … that she did it because she felt it was necessary, at least … I’m pretty sure she had to do it.”

Emily Tropp, a spokesperson for the hospital, said, “I can confirm that [vaccinations] are not mandatory. Associates are encouraged to take the time to learn about the vaccine and make an informed decision, but they are not required to get vaccinated.”

The vaccine information page on the hospital’s website does not mention that this is an experimental vaccine, nor does it make distinctions about who can benefit from these injections and who cannot.

As a healthy 28-year-old, Stickles’ survival rate – had he contracted the coronavirus – would have been significantly higher than 99.98 percent without early treatment.

In Britain the vaccines have killed more than 400 people since the campaign began in December last year, according to official data.

In Israel the Pfizer vaccine killed about 40 times more elderly people than would have died and 260 times more of those under 65 than the coronavirus would have claimed in the given time frame.

Throw your money away with a donation to my paypal account! / ¡Tira tu dinero con una donación a mi cuenta de paypal! 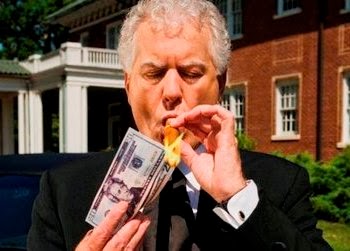